Tails of Hope: The Story of Ingrid

We’re happy to say that Ingrid was adopted.

Ingrid was brought to our shelter as a stray in July of last year. 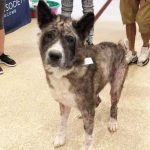 When she entered our shelter, she was emaciated, filthy and suffered from a skin condition that caused her to have missing hair.

After she was nursed back to health by our shelter and veterinary staff, she became the volunteers’ favorite.

She enjoyed walking with the volunteers and burning off some energy. 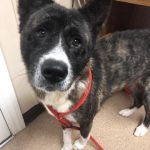 After some time, we noticed the skin condition was starting to clear up and her hair eventually began to grow back.

It wasn’t long until one of our own volunteers fell in love with Ingrid and adopted her.

Ingrid is now thriving in her furever home.

As we wrote earlier, there are some shocking prescription drugs for pets you didn’t know about.